I Prefer to Text

The Best Man, and the Most Human

Sherlock fic within the 'you can imagine' 'verse

The Address is 221B Baker Street

...initially he wanted to be a pirate.

Once Upon a Time fic

“In the wild, polar bears are notoriously difficult to get to, to monitor and observe in any way.”

Look at these diplomas. They're gorgeous.

Sherlock didn’t answer right away. He rolled a sip of rich red vintage in his mouth and leisurely swallowed, closing his eyes to savour the taste. Finally, his eyes still closed, he said, “Several summers during my childhood Grandmere decided that she simply could no longer resist the charms which Paris had to offer. She would declare her intention to make the trip, and weeks of preparations would ensue. The house would become a whirl of tweeds and satins and trunks, because of course Grandmere would not be travelling by means of anything so prosaic as an aeroplane.”

He opened his eyes, though they were focused on the globe of his glass, half-filled with blood-red liquid, rather than on John. “She would never so much as mention me in relation to her trip, and she would never name an actual departure date; if questioned she claimed not to worry over such details. She used to say, ‘Oh, tosh, when it’s time to go to the boat Essie will bring my hat and my coat and off we’ll go’.” He sipped again, closed his eyes once more. “After she put on her hat and her coat, she would come find me and say, ‘Time to go, Sherlock’.”

“Let me guess, your parents always just happened to be elsewhere when this occurred?”

“My regard for Grandmere continues to grow apace.”

“You should ask her about her involvement with the French Resistance during the war.”

John’s eyes widened. “She must have been just a kid!”

“Indeed. No one pays much attention to children.”

It took only a beat for John to catch on. “Of course, that made them the perfect messengers. Good lord.”

quarryquest spoils me terribly. She took a lemon to 221B for me! Hm. I seem to have let myself get a bit carried away. I swear I thought I had Sherlock and John actually announce an engagement in The Scottish Play, but it seems Sherlock simply announced they were a couple and John joked about setting a date. Then there's all that bit about John being welcomed into the family when the casting happens and the last line is about having a pre-nup. No actual engagement that I can find with a quick skim. Oh well, as a bit of a reminder since it's taken me sooooooo loooooong to actually write all this, here's the basic set up:

Sherlock smiled pleasantly, and with a calculated swing of his hips sashayed across the room. As he did, he declaimed, “How clever of you, Father; you’ve anticipated our happy announcement. I believe we’ve settled on ‘lovers’ as the preferred term, actually. How kind of you to ask.” He turned his gaze briefly on his brother and instructed with a sniff, “Do keep up, Mycroft.”

Mycroft didn’t even bother trying to hide his sigh.

And so, John thought, he was now playing gay for Sherlock’s entire family for the rest of time. Fantastic. He wondered how long it would take for the hints about grandchildren to start cropping up. “I imagine we’ll set a date just as soon as I’ve convinced Sherlock to register for something other than a Bunsen burner and a centrifuge. I keep telling him we desperately need a new electric kettle,” he threw up his hands in genuine frustration, “but he just goes on about blood and-,”

Hannibal pulled the pin out of the grenade.

“Just admit it. This is your favourite part of the entire endeavour.” Sherlock glanced over at John who was making no attempt to hide his glee.

“I freely admit it. Sherlock Holmes balancing on a little stool in a dress is ample reward for all the hassle I’ve been put through this year.”

I am ridiculously behind on my flist due to rl issues - apologies to all - but I am throwing this up because I owe many, many thanks to

221b_hound who offered wonderful encouragement and insightful suggestions as well as

eanor who basically made me cringe when she asked if I’d run out of time and thrown together the last bit - seriously, I nearly dove underneath the couch - but she was right, it was crap. I fixed it (or at least I hope I did) - thank her if you enjoy this story at all.

keerawa for this most recent round at

Summary: A look at moments within five canon stories, some points of which may have been narrated less reliably than artistically for various reasons. But then, reliable is a relative term; don’t you agree?

Disclaimer: I’ve used canon text extensively within this story. None of the text which has been italicised was written by me, it’s all straight out of ACD canon, copied and pasted from the html docs provided by Project Gutenberg. Accordingly, I am using this space to express that both Sir Arthur Conan Doyle and Project Gutenberg are, in my opinion, utterly brilliant.

"You come at a crisis, Watson," said he. "If this paper remains blue, all is well. If it turns red, it means a man's life."

A slightly mixed-up rainbow for your viewing pleasure. 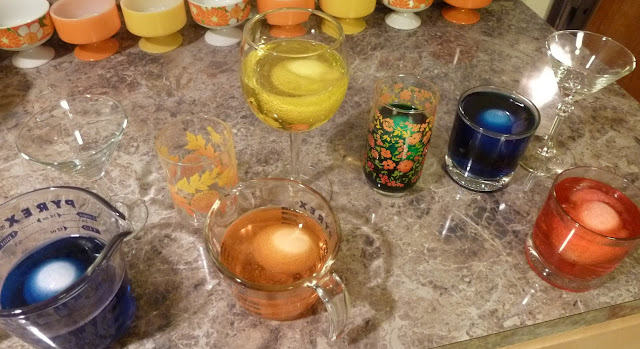 Hugh Stewart in his excellent booklet “Elements of English Country Dance” says: “Give weight: This is a common (despairing) cry”. Some people never seem to come to terms with it. If you're in a square set and you circle left, the men's hands are underneath and the ladies' hands are on top. The men push upwards and the ladies push downwards, so that there's some tension in your arms — you can actually feel that there's someone there. It's not an affectation; it's not something that you do because it looks pretty — it's sheer mechanics. It enables you to apply a force to the other person and thereby move them — while they're doing the same to you. The way to get a good circle (walked or slipped) is that you all give a slight pull to the person behind you. Try it. - colinhume.com

John frowned at the schedule because it was suddenly claiming that he had plans for that evening (right this moment, in fact) which it hadn’t done just that morning when he had checked it and it had instructed him to hand Sherlock his phone, a pickaxe and if he could find one, (a very rare qualification where his flatmate was concerned) a rubber stamp bearing the legend ‘Excellent!’. It had taken a stab at relating these instructions to their participation in the Production by tacking on the statement: Grandmother requested I ring her.

Even more alarming was the fact that the late-breaking activity was labelled: Dance Lesson. His first instinct was to go directly upstairs and pack a few things into a bag. A weekend in Dublin seemed an ‘Excellent!’ alternative. This action was forestalled by the ringing of the doorbell.
( Collapse )

Yeah, I'm totally late. But of course I taped it! It's England v. Wales and poor Douglas and Arthur are probably scheduled to be tipped a measly five hundred pounds each...(time travel, nostalgia, whatever...) ETA - holy cow, Wales won playing in Cardif - if only there was a fourth Birling Day to be told! Can you imagine the tips?

So I'm watching this and it's american football - without any padding or helmets. The players are wearing shorts. One guy has some blue headgear going on but it can't possibly be a helmet since everyone else is completely bareheaded.

I've got players in both red and white (because the flag's red white and blue [please note Wales is not uniformed per any of Arthur's rules and therefore I've no idea which they are]) and they're just now starting to look muddy after half an hour.

Please note that I know nothing about american football. I permanently swore off it when I was forced to play some form of it in high school and told I had to start with - and I quote - one down.

Please think about that for a second. Down is a negative term just on its own. Added to that, after a certain number of them you must give up your turn - it therefore proves to be the equivalent of an out (I understand baseball just fine - much simpler). Why do I need to start with one down? I haven't done anything at all wrong yet.

So - my real hope is that rugby has a more sensible scoring system than american football and this 'starting with one down' thing is some bizarre invention of our own as well.

One of the things that is striking me is the ball is being handed out of the tackles. Whereas in american football the player embraces the ball, holding on for all he is worth (in an effort to gain yardage?) as everyone within sight piles upon him - these guys are consistently shoving the ball out of the pile into a teammate's hands.